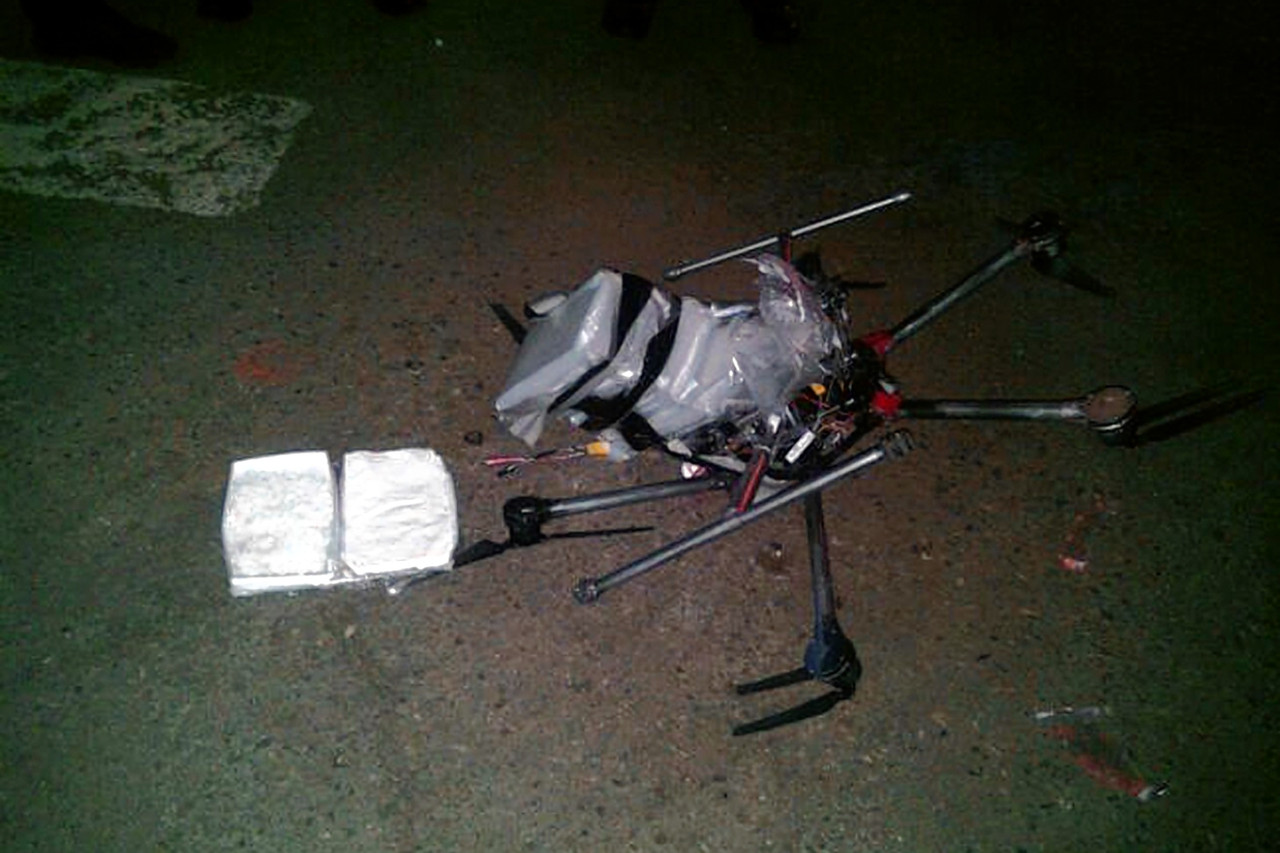 Drones are becoming the hot new toy for criminals and terrorists because they are unmanned and difficult to detect and stop, Jack Nicas reports for The Wall Street Journal. "Law-enforcement officials have discovered criminals smuggling drugs and other contraband across the U.S. border and into prisons using the types of consumer drones increasingly popular with entrepreneurs and hobbyists. And authorities in the U.S., Germany, Spain and Egypt have foiled at least six potential terrorist attacks with drones since 2011." (Associated Press photo: Police last week in Tijuana, Mexico found this crashed drone that they suspect was carrying drugs from Mexico to the U.S.)

Features that have made drones attractive for businesses and photographers—they are small, easy to fly and can capture high-definition images—also make them a potentially powerful tool for criminals and terrorists, Nicas writes. "U.S. authorities are worried that the problem is growing and that drones could be modified to mount attacks with explosives or chemical weapons, according to a presentation this month by federal intelligence and security officials to their counterparts in law enforcement and people who oversee critical infrastructure."

Earlier this week a drone crashed onto the White House lawn. While the operator said he lost control of the drone, the incident raises safety concerns about the inability to "track drones to protect potential targets like critical infrastructure, government buildings, prisons and crowded stadiums," Nicas writes. That has led to a growing industry working to build devices to detect incoming drones and alert authorities. (Read more)
Written by Tim Mandell Posted at 1/29/2015 04:14:00 PM