Plenty of misinformation is still floating around about federal health reform, inhibiting enrollment in rural areas. With the second annual open-enrollment deadline a little more than two weeks away, and state and national media not focused on the subject like they were a year ago, it's a good time for rural news media to educate readers, listeners and viewers about Obamacare. 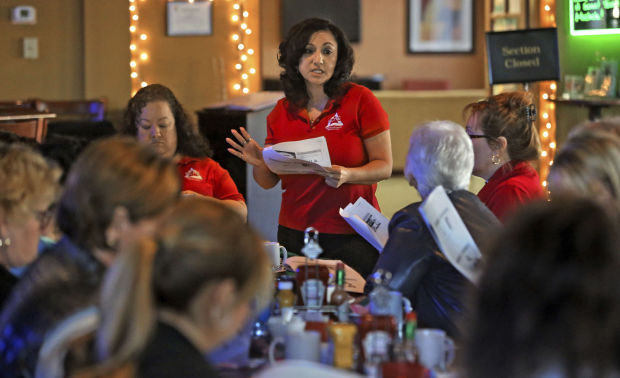 “A lot of people in rural areas get information from word of mouth, and last year there was a lot of negative background noise,” Dr. Dan Derksen of the University of Arizona College of Public Health, told Caitlin Schmidt of the Arizona Daily Star. “Last year, it was new for everyone. Now it’s Round 2, and people know people who enrolled last year, and they can talk about it.” (Star photo by A.E. Araiza: Edilia Quiroz of United Community Health Center discusses the law with health-care professionals, case managers and social workers)

After the first enrollment period last year, "one of the lowest enrolled groups were people who live in rural and remote areas," Schmidt reports. During the second enrollment period, which ends Feb. 15, advocates in Arizona and other states have put more emphasis on enrolling rural residents.
Written by Tim Mandell Posted at 1/26/2015 01:44:00 PM