Many are being over-prescribed opioid painkillers that they save for later use, study finds

Nearly two-thirds of patients prescribed opioid painkillers have leftover pills that many save for later use, says a survey from Johns Hopkins Bloomberg School of Public Health published Monday in JAMA Internal Medicine. The survey of 1,032 adults who had been prescribed painkillers in the past year found that 592, or 61 percent, reported having leftover pills and the same percentage said they kept them for future use. Opioid use rates have been particularly high in rural areas, especially among poor, white residents.

"Nearly half of those surveyed reported receiving no information on how to safely store their medications, either to keep them from young children who could accidentally ingest them or from adolescents or other adults looking to get high. Nor were they given information on how to safely dispose of their medications," says the study. Fewer than 10 percent said they kept their opioid pain medication in a locked location and less than 7 percent of patients with extra pills took advantage of "take back" programs to turn in unused pills.

One in five respondents said they shared their medication with another person, nearly 14 percent said they would likely share pills with a family member and 8 percent would likely share with a close friend, says the study. "More than 69 percent of those who got instructions said they had received information about turning over the remaining medication to a pharmacist or a 'take back' program, but few actually did. Fewer than 10 percent reported throwing leftover medication out in the trash after mixing it with something inedible like used coffee grounds, a safe method for disposing of medication." (Read more) (CDC map: 2012 painkiller prescription rates per every 100 people) 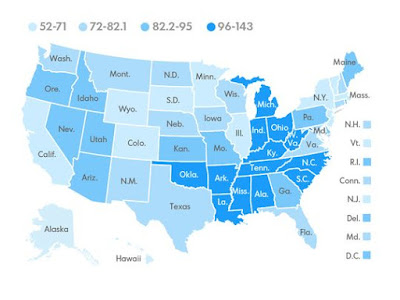