Despair hurts health among the poor and rural

"America today is as divided as it has ever been, in terms of incomes and opportunities, politics, and, perhaps most importantly, hopes and dreams. Hope matters," Carol Graham, Sergio Pinto and John Juneau III write for The Brookings Institution. "As our earlier work shows, individuals who do not believe in their futures are much less likely to invest in them—as in education, health, and job training. This increases the odds of America becoming even more unequal in the future. These divisions are corrosive to our society, our polity, our civic discourse, and to our health."

Losing hope can be fatal. Those who fall behind and despair tend to die earlier from causes such as suicide, drug overdoses, and heart, lung and liver cancers. This trend is most pointed among under-educated, middle-age whites in rural areas. African-Americans and Hispanics tend to be more resilient, even though they're objectively no better off, partly due to higher levels of community and family support, and recent advancement; they tend to report being better off than their parents.

Where you live also matters. "Places come with different economic structures and identities, community traits, physical environments and much more," the researchers write. Their study reveals that the most optimistic and least worried among poor minorities are in the Southeastern U.S., while poor whites are almost the opposite. Results for levels of pain reporting are a mixed bag, but the study says that "For minorities, Western states with high levels of immigrant labor display higher reported pain levels, but so do states with very different economies, such as New York and Connecticut. For poor whites, pain levels for the most part link to places with dying industries." Here are maps of optimism, worry and pain, by state (click on each one for a larger version): 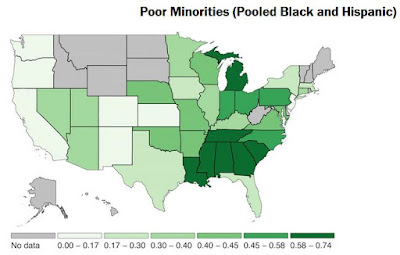 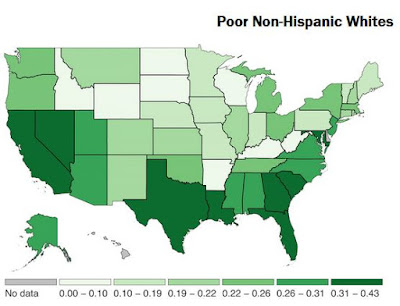 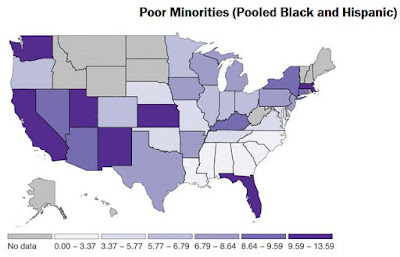 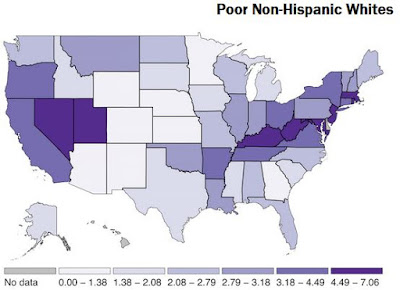 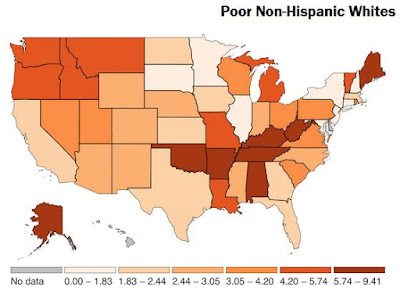 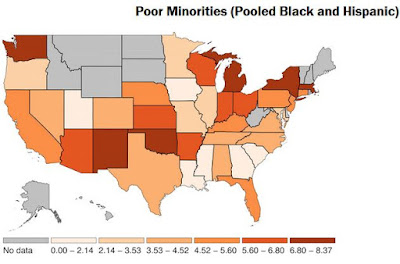