Washington Post explores the political landscape of tobacco in North Carolina, and comes up short

The Washington Post attempts this morning to explain the political landscape of tobacco in the top tobacco-producing state, in the wake of a new law authorizing the Food and Drug Administration to regulate tobacco products. The story has useful information, but some key points are missing. 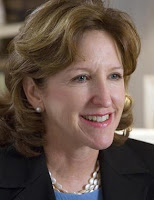 Reporter Phil Rucker went to North Carolina and focused on Kay Hagan, left, the only Democratic senator to vote against the bill, and a big tobacco farmer who is one of her political supporters. He notes, "The tobacco industry employs about 50,000 people here, delivering an economic impact of $7 billion." However, "The state's politics are no longer dominated by tobacco interests. ... In Raleigh, the capital, and the cities of Charlotte and Durham, the industry has been overtaken by technology, scientific research and banking, and that translates politically. In May, the legislature banned smoking in restaurants and bars. Several of the state's congressional representatives voted for the tobacco bill, and Gov. Beverly Perdue (D) wants to increase the cigarette tax, moves that analysts said would have been political suicide just a decade ago." (Photo by Greensboro News & Record)

Without differentiating between tobacco farming and cigarette manufacturing (the more economically significant of the two), Rucker writes that the North Carolina industry's "economic power has been shrinking. Between 1997 and 2007, the number of tobacco farms here decreased by nearly 80 percent, from 12,586 to 2,622, according to the Agriculture Department." The real importance of that decline was not economic, but political. Tobacco farmers became a much smaller political constituency. And those figures, from the Census of Agriculture, go unexplained. Two big things happened in those 10 years. First, the 1998 settlement between states and cigarette manufacturers, was handwriting on the wall for farmers and accelerated the consolidation of farms whose individual production was limited by government quotas. That accelerated further in 2004, when Congress repealed quotas and price supports. That was even more true in Kentucky, which has long been second in tobacco production but first in the number of farmers. The 2007 census found 8,112 tobacco farms in the state.
Written by Al Cross Posted at 6/16/2009 11:06:00 AM