Massey's avoidance of serious, direct punishment is an allegory for many extractive industries 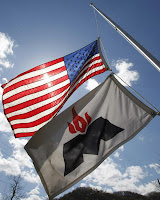 The Rural Blog has published scores of items about Massey Energy, the company that had the largest number of coal-mine fatalties from 2000 to 2009 and lost 29 miners in one explosion almost year ago. The company is being sold to Alpha Natural Resources, but it remains one of America's leading examples of how extractive industries use legal, political and business strategies to limit accountability for their actions. (Array File photo from Gazette)

This is an issue beyond Central Appalachia, where Massey does most of its mining. It is an issue for all of rural America, because extractive industries do most of their extracting in rural areas, and for rural journalists, who need to cover not only the events of the day or week, but step back and take a longer look at the players involved: not just companies, but regulators, lawyers, activists and others. 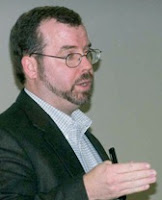 Just such a look at Massey, and the modus operandi that it and many other companies follow, is published today in The Charleston Gazette. The 2,450-word story is written by Ken Ward Jr., left, whom we consider America's leading coal and mine-safety reporter and one of its leading environmental reporters. He writes, "Despite years of environmental problems and dozens of mining deaths, Massey and its corporate officials – including now-retired CEO Don Blankenship – have mostly escaped any serious, direct punishment." (Read more)
Written by Al Cross Posted at 4/03/2011 02:05:00 PM