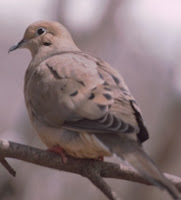 The reinstatement of dove hunting was not without controversy. A legislative committee removed a request by the commission to include a lead-ammunition ban for this year's season, electing to consider the ban next session, Weise and Belz report. Currently 35 states have some regulations against lead ammunition and 27 Iowa counties require non-toxic ammunition when hunting migratory game birds and some other game or target shooting. (Read more)
Written by Deloris Foxworth Posted at 10/05/2011 04:11:00 PM