Most with low rates were in the Mountain West, the Upper Midwest or New England. The rural South and the West Coast again had the highest rates. To see unemployment rates for urban, rural and exurban areas of your state, click here. 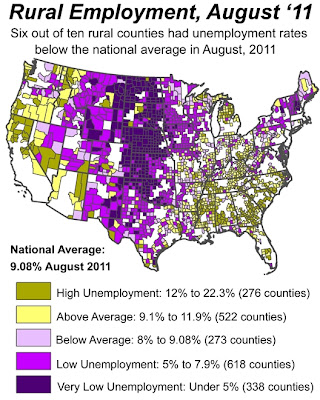