States that have been slowest to make progress in advancement of women's employment and earnings have large rural populations, mostly centered in the South, led by West Virginia, which ranks last among the 50 states and Washington, D.C., says a report by the Institute for Women's Policy Research.

Washington, D.C. received the highest score, followed by Maryland, Massachusetts, New Jersey, Connecticut, New York, Alaska and Vermont and Virginia. All those regions earned a B grade or higher. On the opposite spectrum, West Virginia was given an F. Idaho, Louisiana, Mississippi and Arkansas also received an F. Montana and Alabama were given a D-minus; a D went to Utah, South Dakota, Kentucky, Indiana and South Carolina; and D-plus was given to Oklahoma and Florida. (IWPR map: For an interactive version click here) 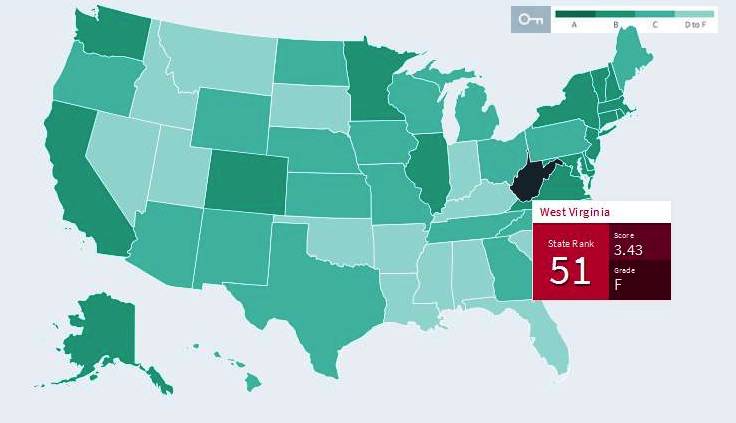