Several projects designed to help rural areas and journalists who serve them were among the winners in the second annual round of awards from the Knight News Challenge, which the John S. and James L. Knight Foundation started to help what it calls "digital information innovations that transform community life." 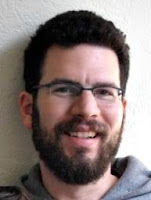 Some of the smaller awards may have some of the larger impacts. For example, Ryan Sholin, left, director of community site publishing at GateHouse Media, doing business as Reporting On, received $15,000 for a project to allow reporters working on similar topics to "communicate and share ideas using a social networking tool and a web site," which will show "how many journalists across the country are working on the same issue, such as declining tax bases or water problems," Knight Foundation said in a news release. "Reporters then could exchange resources and approaches, or use one another’s communities as examples in their own stories. Journalists in small newsrooms often feel isolated. Given the opportunity to communicate with others, a reporter can add context to articles and, perhaps most importantly, know when a seemingly small local story is part of a larger regional, or national, trend."

DataDyne of Washington, D.C., is getting $325,000 for a project to make it easy for cheap cell phones to "select and receive news feeds, expanding the news universe for those whose only digital device is a cell phone. Users, particularly in areas where Internet access isn’t affordable, will be able to receive news via text messaging. They also will be able to rate top stories in lists to be shared with friends. The project will be tested in the rural area of a developing country."

The University of Waterloo in Ontario was awarded $200,000 for a project to "connect rural radio stations to the Internet by using new software and computer-based FM transmitters. The innovations will significantly reduce the cost of creating the stations in India from an estimated $50,000 to $2,500.

Minciu Sodas, an online laboratory operated by Andrius Kulikauskas, right, a dual citizen of the U.S. and Lithuania, got $15,000 for blogging "about different methods of getting digital information to rural areas that don’t have Internet access. He will discuss using a 'reader,' or a device for writing and reviewing text files stored on any USB flash drive. The device is meant for people in rural areas with marginal online access so that messages can be physically transported to and from places connected to the Internet. In this system, an individual would load a USB drive at an Internet café, then travel to a village where the information could be read with another device. This method will be discussed in contrast to the pros and cons of using the $100 wireless laptop."

Rhodes University in South Africa received $630,000 for a project in which "Local news reports disseminated through cell phones will help connect an all-black township in South Africa with the white population living in the urban center – giving everyone in Grahamstown equal access to news and information. Articles from the community newspaper, Grocott’s Mail, will be delivered to mobile phones, the only modern communications system available in the rural township."

Some other winners have potential for rural areas, though that angle was not mentioned in Knight Foundation's description of them. David Cohn, left, doing business as DigiDave.org, won $340,000 for Spot Journalism, a project that will seek small, online contributions to finance local investigative reporting by "independent journalists and residents" who will propose stories, Knight Foundation said. "If enough donors contribute the amount needed, a journalist will be hired to do the reporting. The money has to come from a variety of sources, though. Each project will need many small contributions before being approved in order to avoid personal crusades."

The Bakersfield Californian newspaper received one of the larger awards, $837,000, for Printcasting, which will allow easy creation of advertising-supported, "customized publications with a mix of local news and information. The software will help aggregate feeds from news organizations, bloggers or newsletters, for example, so that would-be publishers can pick and choose among them to create a niche publication. The Printcasting model then will guide users through placing articles, photos and ads onto a template that either could be delivered by e-mail or printed at home and distributed. For example, a publication for reef-diving photographers could include ads for nearby dive shops or underwater cameras. The idea is to pair localized ads and content to create targeted publications."

The awards totaled $5.5 million. Knight Foundation highlighted a $350,000 grant to Sir Tim Berners-Lee, who invented the World Wide Web, and Martin Moore for a project to create technology to give users more information about the sources of digital content and ways to easily access more detailed information. The project project "is a partnership between the Media Standards Trust and the British-based Web Science Research Initiative, of which Berners-Lee is a director. For a complete list of winners and descriptions of projects, click here.