Rural-urban broadband gap not just availability; speeds are slower and competition is less

The more rural an area, the fewer broadband providers it is likely to have and the slower its download speeds are likely to be, says a study by the Southern Rural Development Center at Mississippi State University. Using census tracts, small geographical blocks with an average of 4,000 people, "We were able to find consistent differences in data" from the National Telecommunications Information Administration, SRDC research associate Roberto Gallardo and Bill Bishop report for the Daily Yonder. "That is, as census tracts go more rural, Internet service declined." 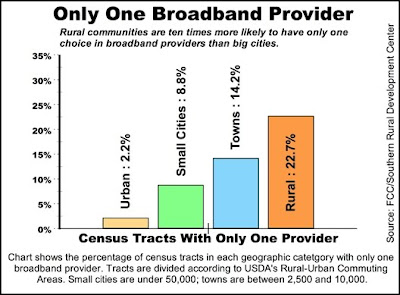 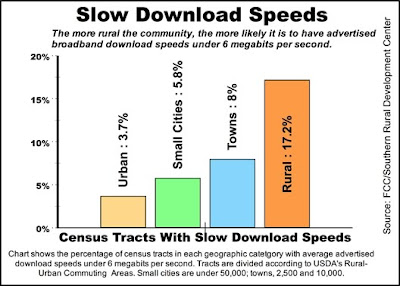