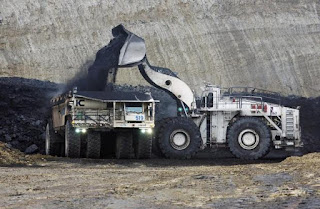 Congressional Republicans are seeking to block a stricter rule for disposal of mountaintop removal until after President Obama leaves the White House, in hopes that the next administration will be more friendly toward the practice, Sean Cockerham reports for McClatchy Newspapers. (Associated Press photo by James MacPherson)

Republicans say the stricter rule will kill jobs, Cockerham writes. The House Subcommittee on Energy and Mineral Resources, which has jurisdiction over mining, "backs a measure by West Virginia Republican Rep. Alex Mooney, which would block the Interior Department’s Office of Surface Mining from implementing the rule, calling for a study within two years, then a year of review, before any new stream protections."

Critics say blocking the rule will make residents near mountaintop removal sites continue to needlessly suffer for several more years, Cockerham writes. Michael Hendryx, a health science professor at Indiana University, told reporters, “They’re going to continue to have higher rates of disease and premature death. There is plenty of solid evidence that mountaintop removal mining is done in a way that’s not responsible for the environment or public health.”

"National Mining Association president Hal Quinn argued in testimony to Congress last week that the federal government has shown no need to act and that even the Office of Surface Mining’s own analysis of an earlier version of the rule said it would cost 7,000 jobs," Cockerham writes.
Written by Tim Mandell Posted at 5/21/2015 04:14:00 PM