The rural/urban gap widened in this year's presidential election among Republican and Democratic voters, Bill Bishop and Tim Marema report for the Daily Yonder. Republican president-elect Donald Trump won 65.9 percent of rural votes on Tuesday, compared to 60.4 percent for Mitt Romney in 2012. Hillary Clinton won 29.4 percent of the rural Democratic votes this year, compared to 37.7 percent for President Obama in 2012. (Yonder graphics) 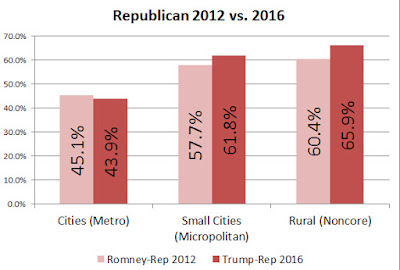 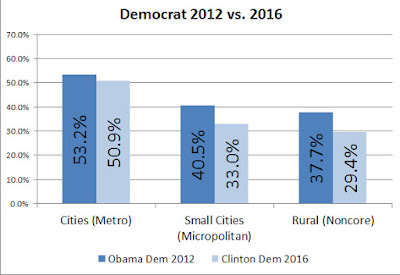