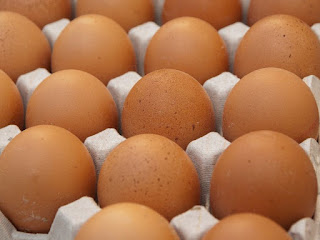 A federal appeals court on Monday rejected a lawsuit by two animal advocacy groups and six egg consumers "to require labels on egg cartons indicating the conditions in which the chickens were raised," reports The Associated Press. A three-judge panel of the 9th U.S. Circuit Court of Appeals "ruled that several federal agencies had acted reasonably in rejecting the labeling regulations." The plaintiffs "argued that eggs from caged hens are nutritionally inferior and carry a greater risk of Salmonella contamination."

The Animal Legal Defense Fund and Compassion Over Killing "wanted the cartons to be labeled 'Free-Range Eggs,' 'Cage-Free Eggs' or 'Eggs from Caged Hens,'" Stephen Davies reports for Agri-Pulse. The Food and Drug Administration, Federal Trade Commission and Department of Agriculture's’s Food Safety and Inspection Service and Agricultural Marketing Service each denied the petitions.

The court ruled that FSIS and AMS lack the authority for such labeling and based on the information plaintiffs provided in the petition, FTC "could not conclude that current egg-labeling practices were either ‘unfair or deceptive’," Davies writes. "FDA’s explanation for denying the groups’ petition contained just enough of an explanation to survive legal review, the court said."
Written by Tim Mandell Posted at 2/28/2017 12:20:00 PM