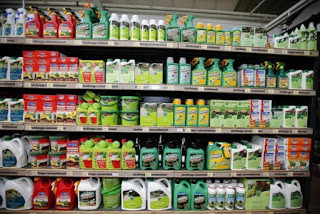 "The records suggested that Monsanto had ghostwritten research that was later attributed to academics and indicated that a senior official at the Environmental Protection Agency had worked to quash a review of Roundup’s main ingredient, glyphosate, that was to have been conducted by the U.S. Department of Health and Human Services," Hakim writes. "Documents also revealed that there was some disagreement within the EPA over its own safety assessment."

"Roundup and similar products are used around the world on everything from row crops to home gardens," Hakim writes. "It is Monsanto’s flagship product, and industry-funded research has long found it to be relatively safe. A case in federal court in San Francisco has challenged that conclusion, building on the findings of an international panel that claimed Roundup’s main ingredient might cause cancer."

Dr. Donna Farmer, a Monsanto scientist, accused WHO of cherry picking details, telling CBS last summer, "There is no data indicating that we should change any recommendations on how this product should be used. Glyphosate, the data is clear, doesn’t cause cancer." Monsanto said in a statement: “These allegations are false. Monsanto scientists did not ghostwrite the paper. No regulatory body in the world considers glyphosate to be a carcinogen.”
Written by Tim Mandell Posted at 3/16/2017 11:19:00 AM