With the collapse of local news accelerating, Steve Waldman, co-founder of Report for America, leads new independent nonprofit organization developing non-partisan public policies to strengthen community journalism. It's called the Rebuild Local News Coalition.
The group, an alliance of news organizations launched in 2020, is now an independent nonprofit "and plans a drive to advance a range of public policies to address the accelerating crisis in local news that threatens so many communities," it said in an announcement today.

The coalition says it will "research, develop and champion public policies at the state, local and national levels, including payroll tax credits to hire and retain local reporters, proposals to target government advertising spending toward local news instead of social media, and reducing the influence of hedge funds on local newspapers." It has a page with links to research about local news.

Funding the coalition are several journalism organizations and philanthropies, including the John S. and James L. Knight Foundation, the Ford Foundation, the Yellow Chair Foundation, the John D. and Catherine T. MacArthur Foundation, the Charles H. Revson Foundation, the Argosy Foundation, the Posner Foundation and Microsoft Corp.
Members of the coalition include the National Newspaper Association, the National Newspaper Publishers Association (representing Black papers), the Institute for Nonprofit News, The News Guild-CWA (Communications Workers of America), Local Independent Online News Publishers, the National Association of Hispanic Publications, the Association of Alternative Newsmedia, Report for America / The GroundTruth Project, the American Journalism Project, the Solutions Journalism Network, the Local Media Consortium, Chalkbeat, PEN America, The Lenfest Institute for Journalism and several state newspaper associations. "Together, they represent more than 3,000 local newsrooms," the announcement says.
The Institute for Rural Journalism and Community Issues at the University of Kentucky, publisher of The Rural Blog, is a member of the coalition and its Steering Committee. In addition to the steering committeem, the coalition will have an Advisory Council with a range of leaders from the civic sector, including both political parties.
Waldman will become the full-time president of the organization, which was incubated at the GroundTruth Project, home of Report for America. “The collapse of local news poses a massive crisis for American communities, and democracy,” Waldman said. “Part of the solution is smart, nonpartisan public policy that carefully preserves editorial independence. We have had this at other points in American history, and we must again.”
The announcement noted that the coalition stresses that policies need to be carefully crafted to be “content-neutral, nonpartisan and ensure editorial independence,” and will focus on federal, state and local policies that lead to the hiring of more local reporters."  The group will especially explore policies that strengthen weekly papers, hyperlocal newsrooms, diverse media, nonprofits and other newsrooms truly grounded in the communities they serve," the announcement says.
Written by Al Cross Posted at 1/24/2023 12:17:00 PM 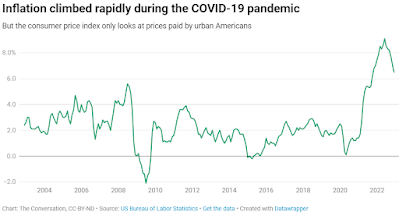