Last month was the world's hottest June on record

"Primarily, it was the oceans of the world that pushed the mercury into the red zone," Angela Fritz reports for The Washington Post. "According to the report, June was the first time that the monthly global ocean temperature difference from average was higher than 1.08 degrees. In other words, in no month on record have ocean temperatures deviated more from normal than June." (NOAA graphic) 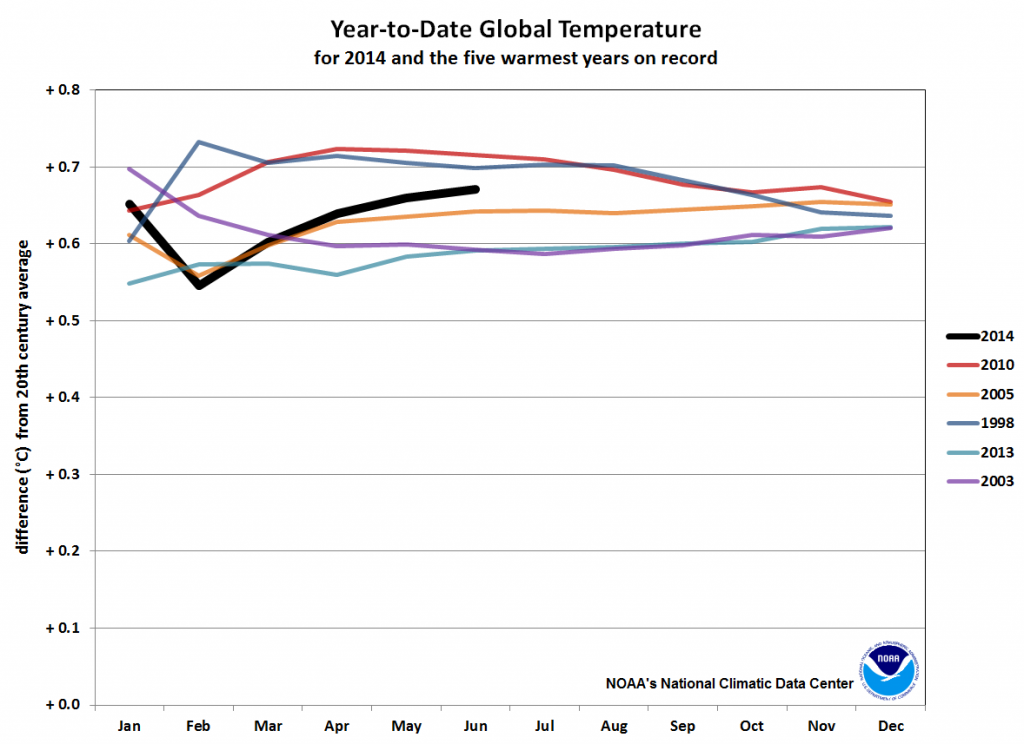 "The oceans achieved this record warmth prior to the declaration of El Nino, which would signal substantial warming of the tropical Pacific," Fritz writes. "Should the Pacific achieve El Nino conditions, it would push ocean temperatures even higher."

The past five Junes have ranked among the top 10 warmest on record, and June 2014 was the 38th consecutive June and 352nd straight month to have above average temperatures, Fritz writes. "The June heat was felt across the globe, with record warmth being felt in Greenland, northern South America, eastern and central Africa, and southeast Asia. New Zealand also recorded its warmest June since records began in 1909." (Read more)
Written by Tim Mandell Posted at 7/22/2014 11:30:00 AM