After the Sago Mine disaster, Kathy Mattea, a West Virginia native and musician, decided to record an album about coal miners. In an interview with West Virginia Public Broadcasting's Mona Segatoleslami, Mattea (in photo from her Web site) describes that album, Coal, as well as her recent environmental activism.

"I just had a lot of emotion about it," Mattea said of the Sago mine explosion that killed 12 people in 2006. "I mean, I sat in my office reading the news stories and weeping. I hadn't realized that I had been saving a list of songs in the back of my mind, of coal-mining songs. And I thought, you know, you've thought about this record for years. This is the place to channel this emotion, into this record." 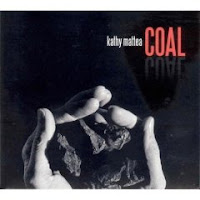 grew up in Cross Lanes in Kanawha County around coal, and she wanted the album to cover everything from "union organizing to songs of injustices that were going on, and all the different nuances of that lifestyle."

About the same time as the Sago tragedy, Mattea became involved with former Vice President Al Gore's "An Inconvenient Truth." She saw him give the famous slide show at Vanderbilt University and later enrolled in one of the first classes to become a traveling presenter of the material. It's an interesting interview, complete with clips from the new album (which comes out tomorrow), and worth a listen. (Read more)
Written by Tim Wiseman Posted at 3/31/2008 09:14:00 AM