Rural areas are being excluded from a widely used source of statistics on the mortgage crisis. "A company called RealtyTrac provides some of the most widely followed statistics on home foreclosures, but it fails to report on more than 900 rural counties," Scott Finn of West Virginia Public Radio reports for National Public Radio.

The data gathered by RealtyTrac is used by government officials and journalists to report on the number of foreclosures created by the mortgage crisis. But there are considerable flaws in the data being gathered. Adds Finn, "In West Virginia last year, it counted fewer than 500 foreclosure notices. New federal statistics counted 12,000 notices in the state, since the start of 2007." 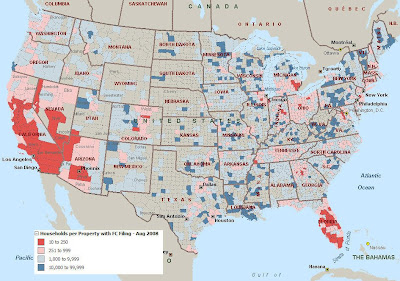