'Farm Bill Now' group pushes on, but what if a hasn't passed when some laws expire Sept. 30? 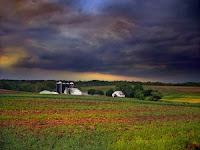 The days are getting shorter for a 2012 Farm Bill, with the U.S. House having only eight more days in session before the election, and perhaps more important, before Sept. 30, when most of the current bill expires. Proponents of passing a full bill, not just a stopgap extension, say their task is made all the harder because farm income numbers are looking up in spite of the drought. Agri-Pulse reports that hasn't stopped major farm organizations, and a group called the Farm Bill Now Coalition from hitting the road in an effort to push to see things their way.

"Agriculture is one of the few bright spots in the American economy," explained National Corn Growers Association Vice President Pam Johnson during a press conference at the Farm Progress Show in Boone, Iowa, where the coalition went looking for support. "Our farmers continue to be more productive and innovative. But to continue that trend, we need to have some certainty about how we plan our business. And this is exactly what the Farm Bill does." The coalition plans another event on the grounds of the U.S. Capitol on Sept. 12.

Agri-Pulse notes that many programs will not expire on Sept. 30 if the bill is not reauthorized. Crop insurance, for example, is permanent. But dairy farmers would be particularly hard-hit, as would some conservation programs. Also set to disappear would be many nutrition programs, international trade and food aid programs, some targeted specifically at children.