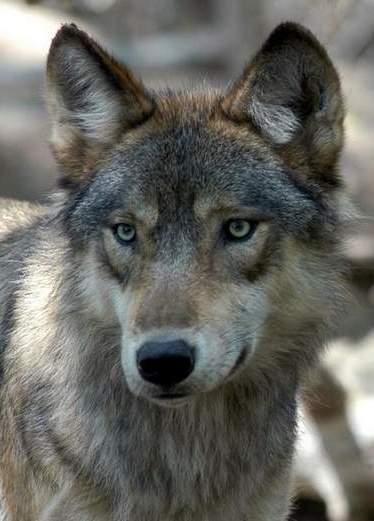 The U.S. Fish and Wildlife Service and Michigan and Wisconsin have all filed separate appeals to a judge's December 2014 decision ordering gray wolves in those two states be returned to endangered species status, John Flesher reports for The Associated Press. Based on the judge's order, Fish and Wildlife last month announced that gray wolves in Michigan and Wisconsin have been granted 'endangered' status and wolves in Minnesota have been listed as 'threatened.'

Fish and Wildlife Service spokeswoman Laury M. Parramore said that "the science clearly shows that wolves are recovered in the Great Lakes region, and we believe the Great Lakes states have clearly demonstrated their ability to effectively manage their wolf populations," Flesher writes.

"Although scientists consider the Great Lakes wolves' territory to include nine states, just three—Michigan, Minnesota and Wisconsin—have established populations of about 3,700 animals total," Flesher writes. "The government has tried four times since 2003 to strip protection under the Endangered Species Act, saying the wolves have far exceeded recovery goals after nearly disappearing from the lower 48 states in the last century. Each time, the proposals have been withdrawn or overturned in court." (Read more)
Written by Tim Mandell Posted at 3/03/2015 04:47:00 PM