West Virginia has 1,120 mine shuttle car operators, 76.9 times more than would be expected based on the national average. Mississippi has 16.8 times more upholsterers, while Oregon has 40.2 times more logging workers and Louisiana has 20 times more riggers. These numbers are part of a study by Pew Charitable Trusts using Bureau of Labor Statistics data about the most unique jobs in each state, Jake Grovum reports for Stateline, which is published by Pew.

"It’s worth noting the numbers don’t show that one state or the other necessarily has more people working in a given profession than others," Grovum writes. "The analysis takes the overall prevalence of certain professions nationwide and compares the expected concentration—relative to a state’s population—with how many people are actually working in those jobs in a given state. In practice, that means high concentrations in certain industries don’t necessarily equal huge raw numbers of workers in those jobs." (Stateline map: To view an interaction version click here) 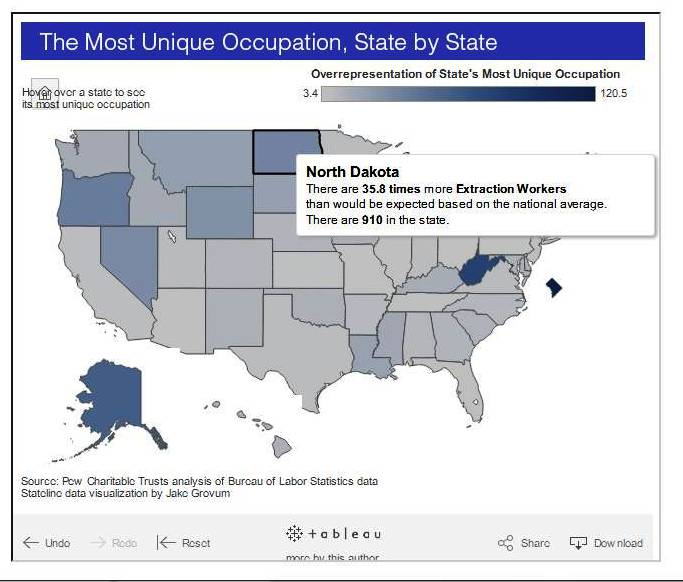