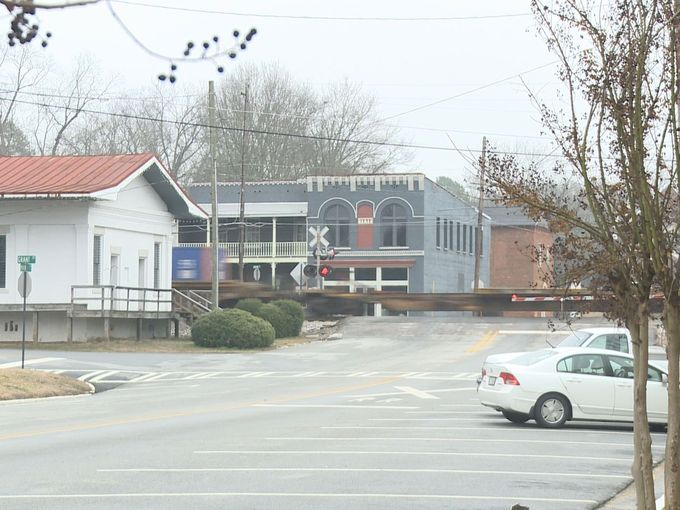 Want to buy a rural town featured in a popular television series? Well, it's not the entire town, but most of it. Nine buildings in downtown Grantville, Ga., featured on the show "The Walking Dead," are for sale on eBay for $680,000, Ryan Kruger reports for WXIA-TV in Atlanta. The area was featured in one episode in the third season of the AMC show. (WXIA photo: Grantville)

Former mayor Jim Sells, who bought the properties when they were in foreclosure, said they have been renovated and are ready to be occupied, Kruger writes. In addition to having appeared in "The Walking Dead," three films have said they want to film in Grantville, the Ebay listing said.

Grantville is a former textiles town. Kruger writes, "When the mills closed in the 1970s and '80s many of the jobs and residents left." Sells told him, "Our main industry right now is Walking Dead tourists. We have people coming from all over the world because of 'The Walking Dead,' that's paying the bills downtown." (Read more)
Written by Tim Mandell Posted at 3/05/2015 12:05:00 AM