The Department of Agriculture ranked first in the Center for Effective Government's second annual Access to Information Scorecard, a survey of the 15 federal agencies that get 90 percent of records requests under the Freedom of Information Act. Most agencies' scores improved, but remained "low overall," the center said. 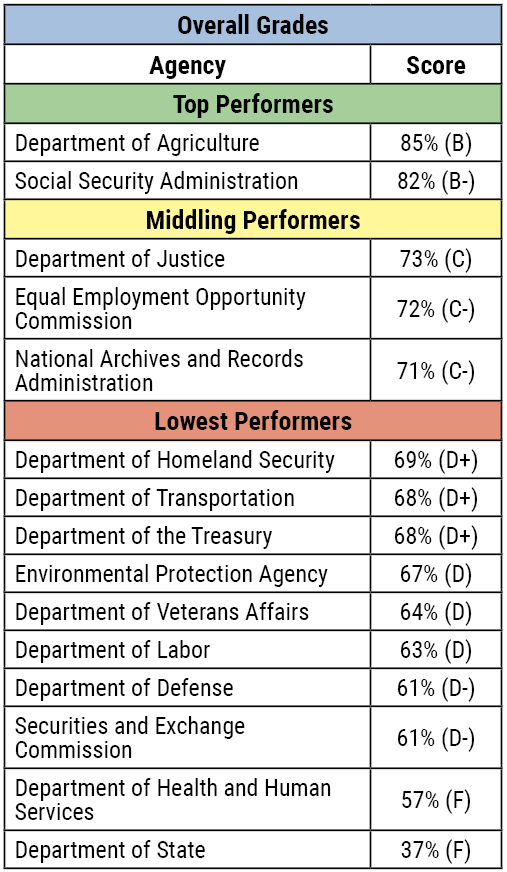 The survey examined the establishment of clear agency rules guiding the release of information and communication with those requesting information; the quality and user-friendliness of an agency’s FOIA website; and the timely, complete processing of requests for information.

UPDATE, March 14: "Newspapers were once the dominant force in dislodging documents and other records from reluctant federal government agencies, but a new crop of media players, advocacy groups and corporate interests now drive the release of information," report Kevin Johnson of USA Today and Kevin G. Hall of McClatchy Newspapers., in a joint effort for Sunshine Week, the annual observance of the need for open government.

"News organizations continue to paper federal agencies with written and electronic requests for records and other information under FOIA, a review of agency logs shows, though they are cash strapped and less likely to press their claims in court," the reporters write. "Meanwhile, over the past decade there's been a surge of requests from bloggers, advocacy groups, corporate lawyers, researchers and even foreign nationals tapping the promise of open records. It means that the information obtained under FOIA may reach the public in a raw, less contextual form, or through a particular political prism. Or it may not reach the public at all."
Written by Al Cross Posted at 3/11/2015 01:51:00 PM