The most common local foods served are fruits and vegetables, with more than 90 percent of schools saying they serve those foods. The majority of local foods come from distributors, but many districts also receive food directly from producers, food processors and manufacturers. (Read more) (USDA map) 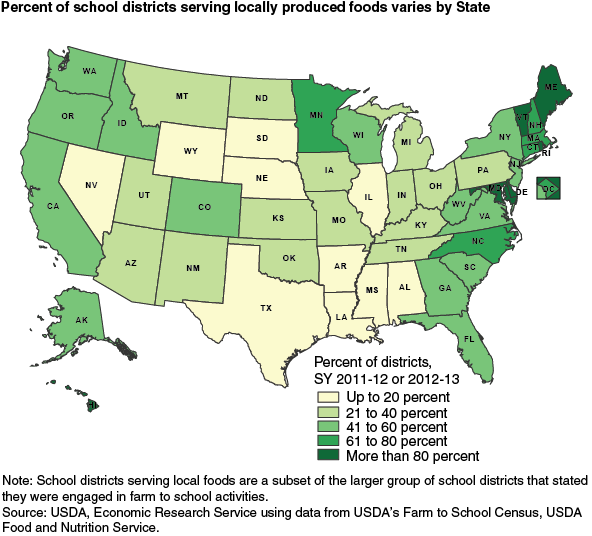