This year 10 states have taken up legislation to raise interstate speed limits—predominately in rural areas—and as of Friday, bills were pending in Missouri, Montana, Nevada, Oregon, Washington and Wisconsin, Jenni Bergal reports for Stateline. Five states—Idaho, South Dakota, Texas, Utah and Wyoming—have speed limits 80 mph or higher, and Nevada's bill would increase speeds to 80 mph in some areas.

One problem is conflicting reports on highway safety, Bergal writes. National Highway Traffic Safety Administration data shows that in 2013, there were 9,613 speed-related fatalities, and a 2009 report in the American Journal of Public Health found a 3.2 percent increase in fatal crashes between 1995 and 2005 attributable to higher speed limits.

Jonathan Adkins, executive director of the Governors Highway Safety Association, told Bergal, "As speed limits and speeds go up, a driver’s reaction time is limited. The crash is more likely to be severe. Those laws of physics haven’t changed. You’re not able to react to what that guy or gal next to you is doing. They might be on their cellphone or be impaired. They might pull right in front of you, and you have to be able to react to that.”

Advocates point to a 2008 Purdue University study, which found that raising the speed limit on an interstate highway in Indiana had not increased the probability of fatalities or serious injuries, Bergal writes. Also a report by the Michigan State Police’s Office of Highway Safety Planning found that lower speed limits don’t necessarily improve safety. (Pew Charitable Funds graphic) 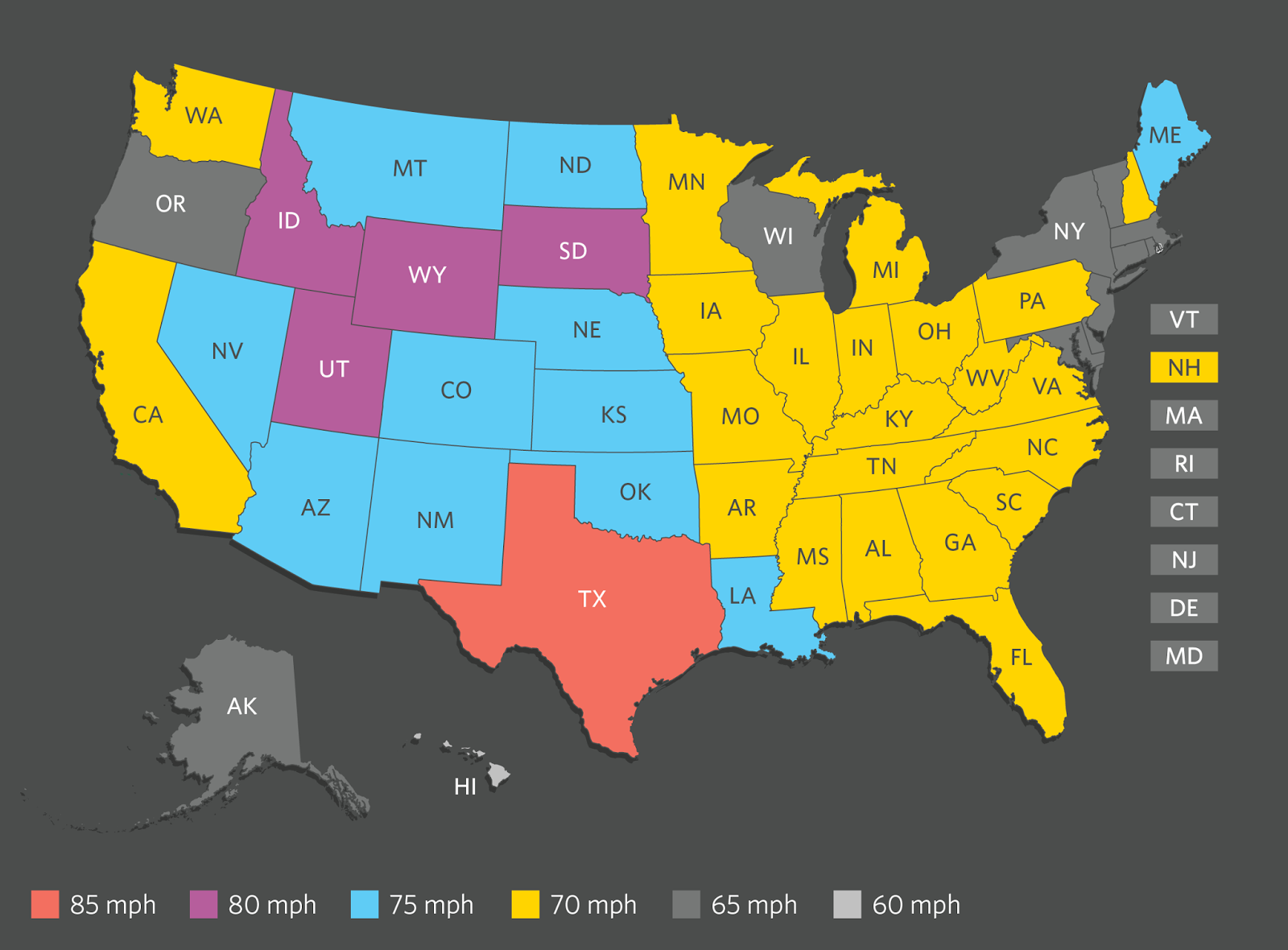