Not much has happened in the past 15 years to improve the safety of gas pipelines, Elana Schor and Andrew Restuccia report for Politico. "Oil and gas companies like to assure the public that pipelines are a safer way to ship their products than railroads or trucks. But government data makes clear there is hardly reason to celebrate. Last year, more than 700 pipeline failures killed 19 people, injured 97 and caused more than $300 million in damage. Two of the past five years have been the worst for combined pipeline-related deaths and injuries since 2000."

"Politico talked to more than 15 former and current federal pipeline officials and advisers, as well as dozens of safety experts, engineers and state regulators. We reviewed more than a decade of government data on fatalities, injuries, property damage, incident locations, inspections, damages and penalties," Schor and Restuccia write. "The picture that emerges is of an agency that lacks the manpower to inspect the nation’s 2.6 million miles of oil and gas lines, that grants the industry it regulates significant power to influence the rule-making process and that has stubbornly failed to take a more aggressive regulatory role, even when ordered by Congress to do so." 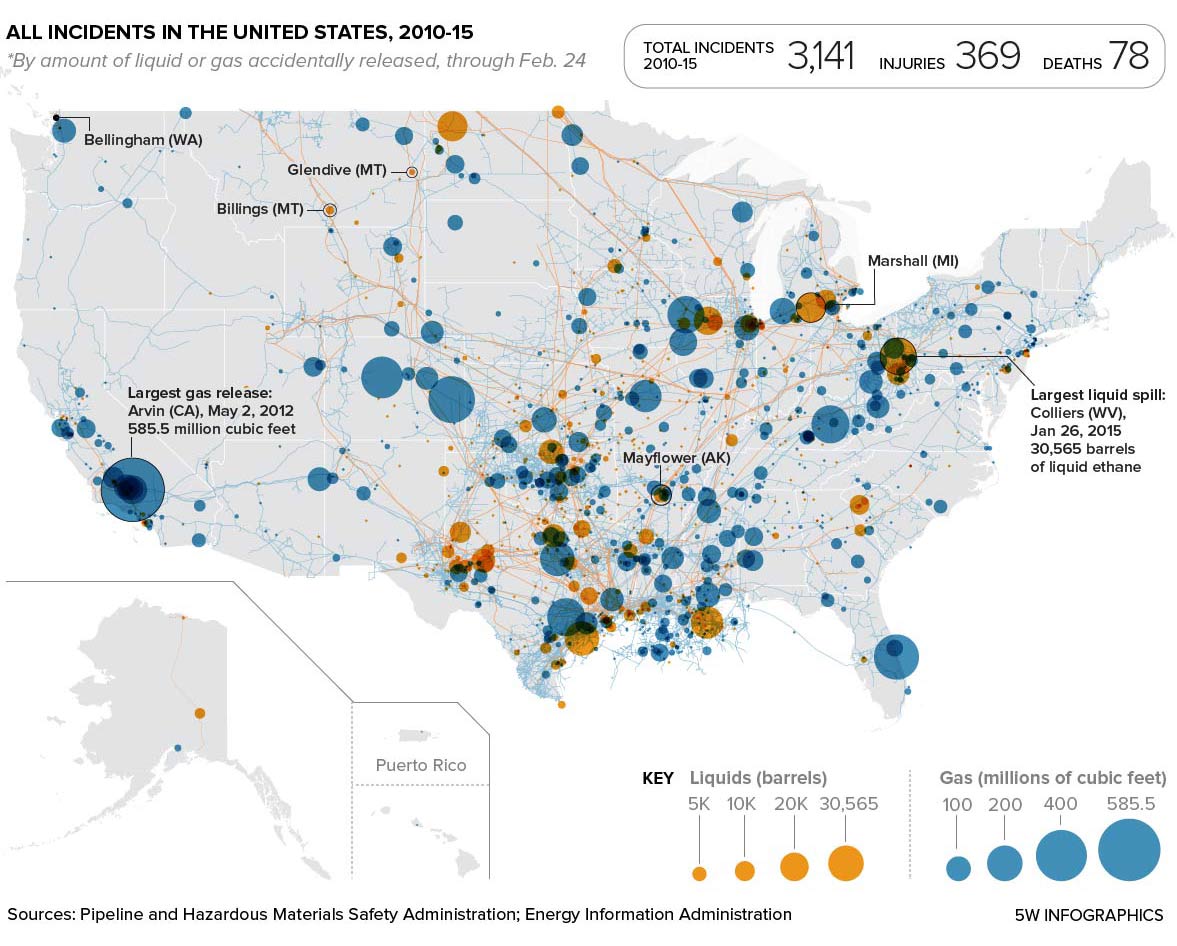 The Politico story doesn't go far enough to uncover the real problems with pipelines, Charles Pierce of Esquire writes for the liberal Reader Supported News. The story "has a serious 'both sides do it' element running through it," Pierce writes. "It engages one critic from each party—Fred Upton is the Republican and Peter DeFazio is the Democrat—and it is tough on the current administration for neglecting the PHMSA. (There hasn't even been a permanent director since October. Stop me if you've heard that one before.)" (Read more)
Written by Tim Mandell Posted at 4/23/2015 04:40:00 PM