A large percentage of Nevada's population comes from California, with 19 percent of Nevada residents born in The Golden State. Only 36 percent of Florida residents were born in the Sunshine State, with 8 percent born in New York. California has the highest percent of residents born outside the U.S., at 28 percent, followed by New York (25 percent), Florida (23 percent), Nevada (21 percent) and Texas (17 percent). (For an interactive version, click here) 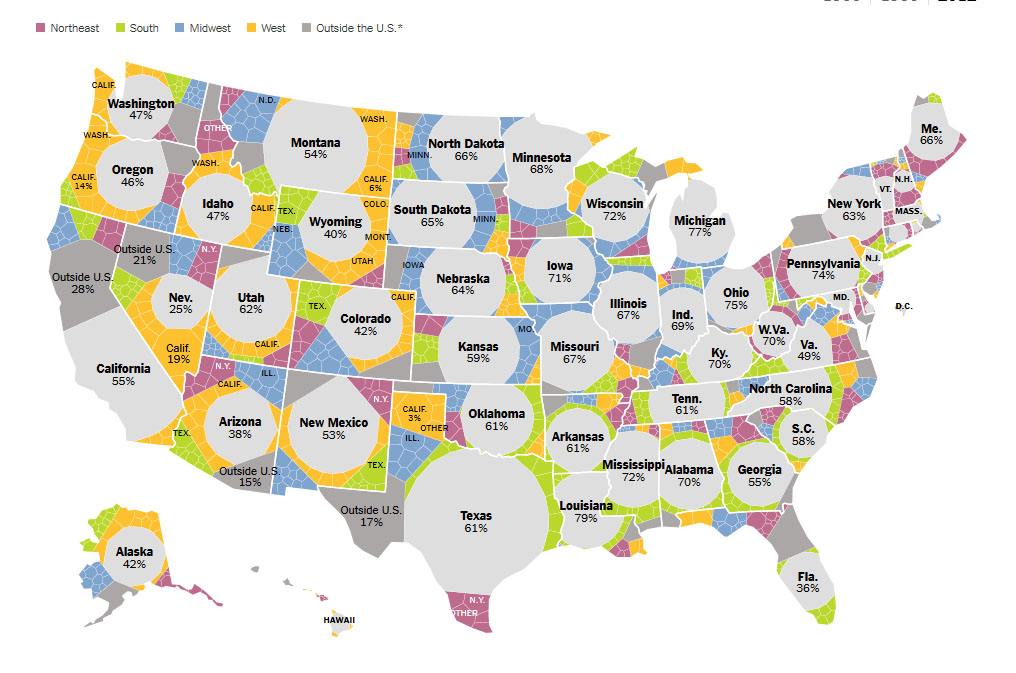