Rural counties with the most immigrants have the best economies, Daily Yonder study finds

Rural counties with a higher rate of immigration have better economies than other rural counties, says a study commissioned by the Daily Yonder. The study found that poverty and unemployment rates were lower in rural counties with larger immigrant populations, while the average income was higher, Tim Marema reports for the Yonder. 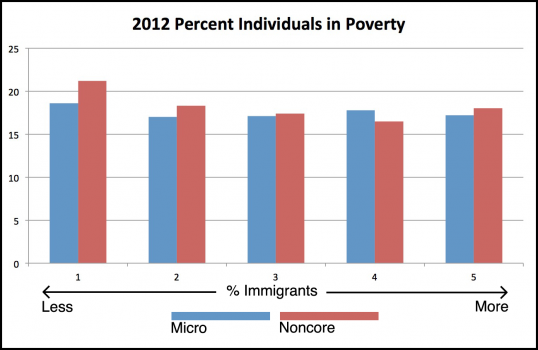 The study, which used data from the 2012 five-year American Community Survey along with data from the Bureau of Economic Analysis and the Bureau of Labor Statistics, looked at each county's percentage of residents born outside the U.S., Marema writes. Counties were then split into five categories, ranging from counties where the average foreign-born population was 8.9 percent to counties where less than 1 percent of residents were born outside the U.S. 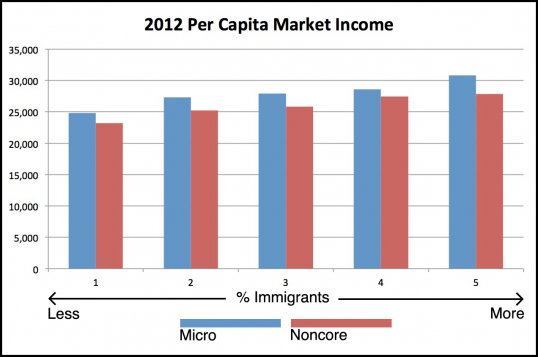 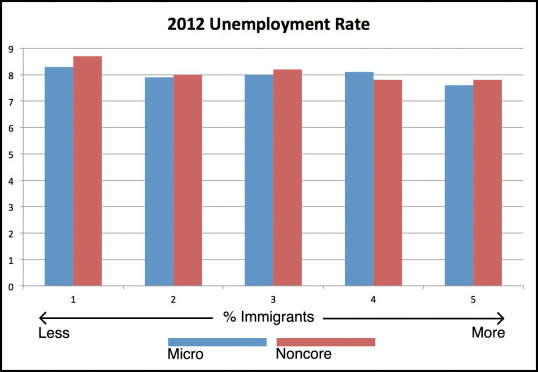 Study author Roberto Gallardo "said the study does not prove immigrants are directly causing better economic performance," Marema writes. "But there is an obvious connection, he said." Gallardo told Marema, “It’s important to mention that this relationship could be backwards. In other words, immigrants may be attracted to already prosperous communities. Whichever it is, though, the results are very interesting.” (Read more)
Written by Tim Mandell Posted at 4/20/2015 01:56:00 PM