Rural areas, especially in the South, have some of the highest rates of addiction to painkillers and drug overdoses, says a 2014 report by the federal Centers for Disease Control and Prevention. Also, rural youth are 35 percent more likely than their urban counterparts to have abused prescription painkillers in the past year, said a September report by Penn State University.

Respondents said attaining prescription drugs without a prescription is easier than getting a prescription, states the report. Overall, 77 percent said it's easier to access painkillers not prescribed to them, compared to only 58 percent of people who said they medically need drugs who were able to get a prescription. 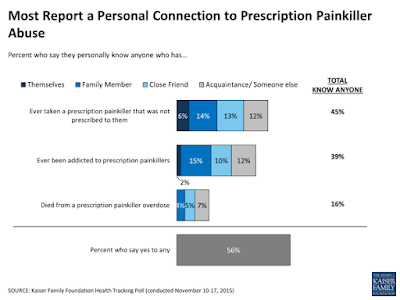