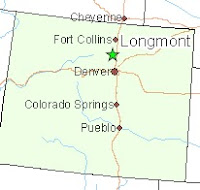 State laws trump local ones when it comes to hydraulic fracturing, the Colorado Supreme Court ruled this week. The court rejected Fort Collins' five-year moratorium on fracking within the city limits, concluding that "the measure 'operationally conflicts' with state law and therefore, under well-established principles, is pre-empted by state rules that allow some drilling in neighborhoods, Bruce Finley reports for The Denver Post. They also rejected Longmont's 2012 ban on fracking and disposal of fracking waste in the city because it 'materially impedes' state power." (Best Places map)

"Colorado has emerged as a leading oil and gas producer with more than 50,000 active wells and more than 45,000 inactive wells," Finley writes. "While companies want to be able to increase production, residents are revving ballot campaigns to amend the constitution or give locals more power to regulate hydraulic fracturing, or fracking, the industry's method of rocketing sand, millions of gallons of water and chemicals deep underground to accelerate extraction of oil and gas." Gov. John Hickenlooper, who was re-elected in November, has been a big supporter of the practice, saying he will do whatever it takes to beat anti-fracking initiatives.

"State attorneys, joining the oil and gas industry, argued that state regulators should have the final say in conflicts over drilling and that the local measures negate this state power," Finley writes. "Hickenlooper and state officials have said local authorities, while they do have some power to guide land use, cannot get in the way of state regulators in dealing with oil and gas. On the other side, the attorneys for Fort Collins and Longmont argued that local measures didn't prevent companies from producing." (Read more)
Written by Tim Mandell Posted at 5/04/2016 12:29:00 PM