Loss of population in rural areas is a concern in many states. New Hampshire is experiencing a different phenomenon. Nine of the state's counties are predicted to grow, but much of that growth consists of an influx of older residents, Gretchen Grosky reports for the New Hampshire Union Leader. It's projected that by 2040 one-third of the population of the Granite State, already the second oldest in median age, will be 65 and older, according to a report from the New Hampshire Office of Energy and Planning. (NHOEP graphic) 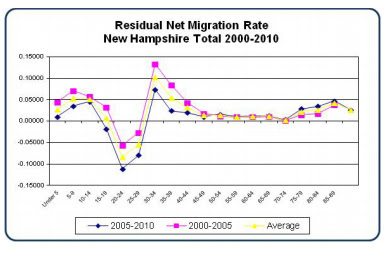