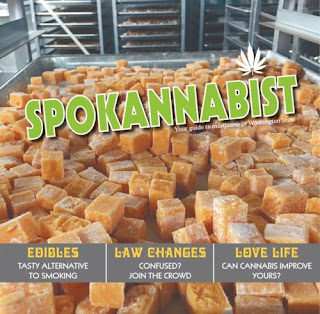 The Spokesman-Review has launched a publication dedicated to Washington state's legal marijuana industry, Adreana Young reports for Editor & Publisher. The monthly Spokannabist has grown from an initial 12-page production in May to 16 pages. Dan Fritts, product development manager, told Young, "Our whole vision is that there hasn’t been anything in the local market here that’s being done or produced by local media that’s covering this industry, so we saw that as an opportunity.”

In 2012 Washington was the first state to legalization recreational marijuana, Young writes. The industry is expected to reach $800 million this year. Spokane County, with a population of 479,398, has 18 retail locations.

"While the Spokesman-Review doesn’t have a dedicated staff yet for the Spokannabist, Fritts said that may change depending on the success of it," Young writes. "They’re currently working on growing and solidifying the publication in the region and creating a digital component, which may include a website or an app."