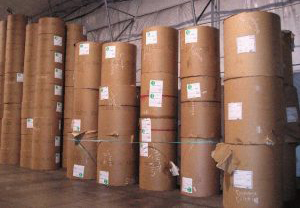 The price of newsprint likely go up soon, though not as much as newspapers originally feared. The Department of Commerce announced Jan. 8 the first of a new round of countervailing duties on uncoated groundwood paper that range from 4.42 percent to 9.93 percent. The new duties will begin affecting Canadian paper producers on Jan. 16, and will give American producers room to raise prices.

Countervailing duties are a kind of tariff levied on imported goods to offset subsidies given to producers in the exporting country. "This is the first of two announcements on duties, as the Department of Commerce is also expected to release a preliminary decision on anti-dumping duties on March 8. Anti-dumping duties are described as a 'protectionist tariff' that is imposed on imported goods that a domestic government believes are priced below fair market value," the Wisconsin Newspaper Association reports.

The National Newspaper Association and the News Media Alliance are encouraging newspapers to contact their congressional representatives to protest the tariffs. The U.S. International Trade Commission will conduct a final investigation on the case in late spring and is expected to reach a final decision by September. The tariffs will be essentially permanent, barring a separate agreement under the North American Free Trade Agreement that eliminates them, which is not likely.

The petitioner for the new duties is the North Pacific Paper Co., which is owned by a New York hedge fund operator and has a single paper mill in Washington state. "We are stunned that a single U.S. mill in Longview, Wash., has been able to manipulate the trade laws to their gain, while potentially wreaking financial havoc on newspapers and other commercial publishers across the country," said David Chavern, president and CEO of NMA. "This decision and its associated duties likely will lead to job losses in U.S. publishing, commercial printing and paper industries."
Written by Heather Chapman Posted at 1/12/2018 12:03:00 PM