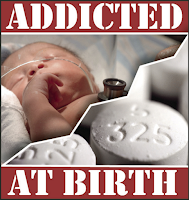 The Herald Courier won the small-newsroom public service prize for “Addicted at Birth,” which the judges called "a smart, deeply reported and accessibly presented examination of a little-noticed angle of the opioid problem: babies affected by their mother's use while pregnant. The presentation – from the writing to the headlines to all the visual elements – commanded attention. It was packaged in a very reader-friendly format, offering numerous podcasts, glances, graphics, lists and other chunky bits to both convey key points and pull readers in. Exceptional work." The series also won the Scripps Howard Award for community journalism.

MPR, based in Missoula, won the small-market storytelling award for Nicky Ouellet's “SubSurface: Resisting Montana's Underwater Invaders,” which the judges called "an intelligent and compelling examination of how invasive species threaten Montana’s fisheries, and how various agencies and interest groups are not always on the same page in fighting them."

The Daily News won the small-newsroom award for news reporting for its coverage of hurricanes. The judges called it "amazing, brave journalism by a newsroom working through back-to-back Category 5 storms that literally destroyed the island. In the midst of it all, the Virgin Islands Daily News produced compelling stories, incredible photography and strongly designed work."

In most categories, the contest considers a newsroom to be small if it has 25 or fewer people. For a full list of the awards, go here.

In the First Amendment Awards, there was no small-newsroom winner. The grand prize went to The Kansas City Star for "Why So Secret, Kansas?", which the judges lauded for "exposing the pervasiveness of secrecy in Kansas state government and how that culture subverts the democratic process. The impact of the Star’s work was swift: In a 12-week span, 32 transparency measures were proposed, and the speaker of the House ended the practice of allowing bills to be introduced anonymously."

Meanwhile, APME and the American Society of News Editors (originally Newspaper Editors) are merging into the News Leaders Association, which "is expected to be in place by the 2019 News Leadership Conference Sept. 9-10 in New Orleans," they said in a news release.