"When are we going to halt public expenditures on the 'buffalo hunt' for footloose industry and instead focus our resources and efforts on the sector that produces by far most of the jobs - existing industry and homegrown business?" So asks Jesse White, a veteran of rural economic development, in the News & Observer of Raleigh with two recent events that make an object example. 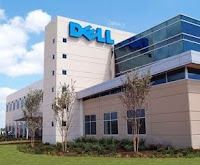 On successive days last month, White notes, North Carolina saw these headlines: "Dell Computer closing shop (photo of plant from the Daily Yonder) and laying off over 900 workers and Cree Inc. adding almost 600 jobs. The difference: Dell - headquartered in Texas - was lured to North Carolina with the promise of over $300 million in incentives, while Cree - a homegrown business spun out of N.C. State University technology - requested no state incentives . . . "

White is director of the Office of Economic and Business Development at the University of North Carolina at Chapel Hill and a member of the advisory board of the Institute for Rural Journalism and Community Issues. He is a former federal co-chairman of the Appalachian Regional Commission and executive director of the Southern Growth Policies Board.

"As a student of and participant in Southern economic development for almost 30 years, I have long been baffled and disappointed by the turn taken by this state in 1996 to enter into the incentives game," he writes. ""The evidence is that these incentives do not redound to the benefit of distressed rural areas as intended. Dell, for example, was located in Winston-Salem. In the 1930s and '40s, Mississippi bragged about the success of its industrial incentive program. Subsequent studies have found that incentives of this sort are a hollow kind of development. The scholarly literature on incentives shows that they are a very poor investment of public resources. And, of course, the business sector has become expert at playing off one state against another in something akin to corporate extortion; and who can blame them?"

North Carolina, which had invested heavily in education and Research Triangle Park in the mid-20th Century, was the last Southern state to join the downward spiral of incentives, White writes. "Our state needs to abandon this policy and return to its investments in education, technical training and small business support," he argues. "Not only is this sound economic development policy, it removes the insult to ourselves that only 'outsiders' can create the jobs and that we have to pay them to bring the jobs to our people. We can do better than that."
Written by Al Cross Posted at 11/21/2009 07:06:00 PM