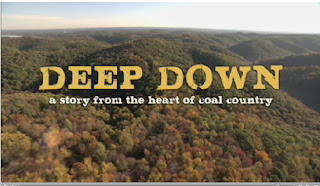 The documentary, "Deep Down: A story from the heart of coal country," which details an Eastern Kentucky community's battle over a mountaintop removal permit, has been selected by the U.S. State Department for its American Documentary Showcase. You can read our previous coverage of the film here and here.
The American Documentary Showcase "brings award-winning American documentaries to audiences around the world to offer a view of American society and culture as seen by independent documentary filmmakers," says a news release from the Deep Down filmmakers. "Deep Down" is one of 19 films chosen for the showcase this year. (Read more)
Written by Jon Hale Posted at 1/21/2011 02:49:00 PM