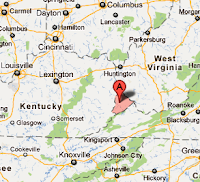 Officials of Pike County, Kentucky, announced this week that Purdue Pharma, the maker of OxyContin, will pay $4 million to settle the county's part of a lawsuit the county and state filed in 2007 seeking damages for the addiction OxyContin caused "after the company aggressively marketed it to doctors as a safe option for pain relief," Russ Cassady reports for the Appalachian News-Express in Pikeville.

The state remains a plaintiff in the suit, which  is largely based on admissions of guilt made by the company and several top-ranking company officials in a May 2007 Virginia federal court settlement. Purdue Pharma, its president, chief legal counsel and former medical director pleaded guilty to misleading doctors, regulators and patients about OxyContin during that case.

The nation's prescription-drug epidemic apparently began in Central Appalachia, largely because of the introduction and high rate of prescription of OxyContin. The lawsuit sought reimbursement for drug-abuse programs, law-enforcement actions and prescription payments through Medicaid and the Kentucky Pharmaceutical Alliance Program. The local officials indicated the settlement could increase the size of a planned rehabilitation facility for people convicted of drug charges.
Written by Al Cross Posted at 6/07/2013 12:35:00 PM