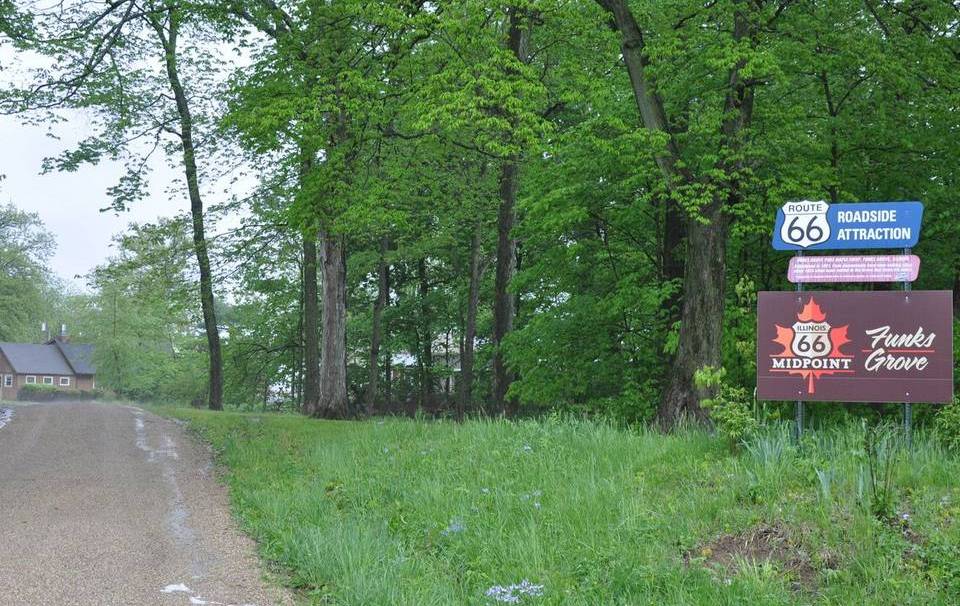 Chris Clayton of DTN/The Progressive Farmer is getting a firsthand look at rural America by traveling old U.S. Route 66, "and taking a look at the history, the towns and different kinds of agriculture and farming businesses along the route," he writes. (Clayton photo: Funks Grove, Ill.)

During his travels Clayton has met many interesting people and seen many interesting sights. One such is in Madison County, Illinois, where the agricultural history is rooted in horseradish, Clayton writes. "You might not discover that when passing the towns of Collinsville or Edwardsville on the interstate. If you do veer off the four-lane, you are more likely to learn about catsup than horseradish. The 170-foot-tall Brooks Rich & Tangy Catsup bottle/water tower is considered the world's tallest. It's on State Route 159 in Collinsville, a short jaunt off the Route 66 byway." (Read more)

There's also Illinois resident Tim Seifert, a modern farmer living in a world bent on nostalgia. While Seifert uses technology to help on his farm outside Auburn, Ill., the big attraction in his neck of the woods is "a 1.4-mile stretch of brick road north of town, created in 1932, that was an early section of Route 66," Clayton writes. Seifert told him, "I don't know what the affiliation is, but they will stop and put a beanie baby or something on the road. They will get down on their knees and take photos of the bricks."

"It needs to be preserved, but on the other hand, it's not functional," Seifert said. "We've got 80,000-pound trucks running up and down it, and the bridge is so narrow you can't get across it with equipment. So we have got nostalgia, that's fine, but it kind of hinders our progress from time to time." (Read more)
Written by Tim Mandell Posted at 7/09/2014 11:41:00 AM