Much has been said about the increased rural/urban divide in politics and how it will affect this year's presidential election. Bill Bishop of the Daily Yonder looked at one measure of party identification and support, voting in primaries and caucuses, and found a big rural-urban disparity. 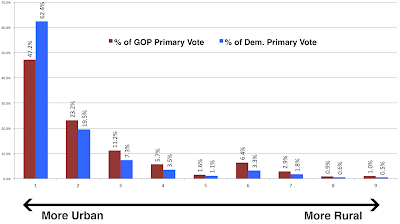