Mayor bills paper for asking lawyer for information, then uses social media to attack its credibility 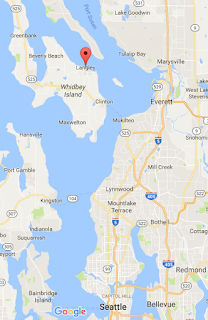 The mayor of a small town on Puget Sound attempted to bill the local newspaper for asking the city attorney for a copy of the written advice he’d given the city about a sanctuary-city ordinance under consideration by the City Council, Jim Brunner reports for The Seattle Times. Tim Callison, mayor of Langley, Wash., sent the South Whidbey Record, a twice-weekly paper, a bill of $64, saying in an email that the attorney worked for the city and was “not a free public resource.”

Callison claimed this week he was just trying to prove a point about how much the attorney’s time cost the city, but his words don't match his actions, Keven R. Graves, executive editor and publisher of the Record and the Whidbey News-Times, wrote in an editorial. "In fact, Callison doubled down over the weekend with a Facebook post on his personal page criticizing The Record and (Editor Justin) Burnett and justifying his decision to send the invoice."

"It’s apparent that Callison now understands that billing The Record was wrong and a violation of press freedom," Graves writes. "There was no reason to doubt that Callison was anything but serious about billing the newspaper. Everyone, elected officials included, has the right to complain online that they are being unfairly criticized by the media and to present their own version of a story. To that end, social media has become a place for what sometimes amounts to seriously calculated campaigns to discredit newspapers and journalists. We see this not only happening locally, but across the country and even in the White House."

Graves continued, "With social media now playing an undeniable role in newspaper reporting, we’re seeing a stunning evolution in how we respond to attacks on our credibility. With the election of Donald Trump, there came harsh criticism of the national media for not questioning absurd statements and obvious falsehoods presented as facts during the presidential campaign. Fact checkers now quickly work to verify whether the remarks of the president are true and to inform the public right away when they aren’t."

He concluded, "When the integrity of a journalist and newspaper are being grossly disassembled and savaged on social media as part of a purposeful agenda, silence on the matter is no longer the option it once was. Readers have a responsibility to take into account the entire picture. Social media has a place, but it must be recognized for what it is—a public relations tool that can be used to deliberately alter the facts or shift the focus from the more serious issue at hand."
Written by Tim Mandell Posted at 3/21/2017 11:38:00 AM