Rent-to-own stores targeting those with lower income, many of whom end up defaulting on payments

Rent-to-own stores are popping up across America—especially in the South—targeting people with little money and no credit by giving them the opportunity to purchase middle class items with high interest rates that end up costing people double or triple the item's original cost, Chico Harlan reports for The Washington Post. 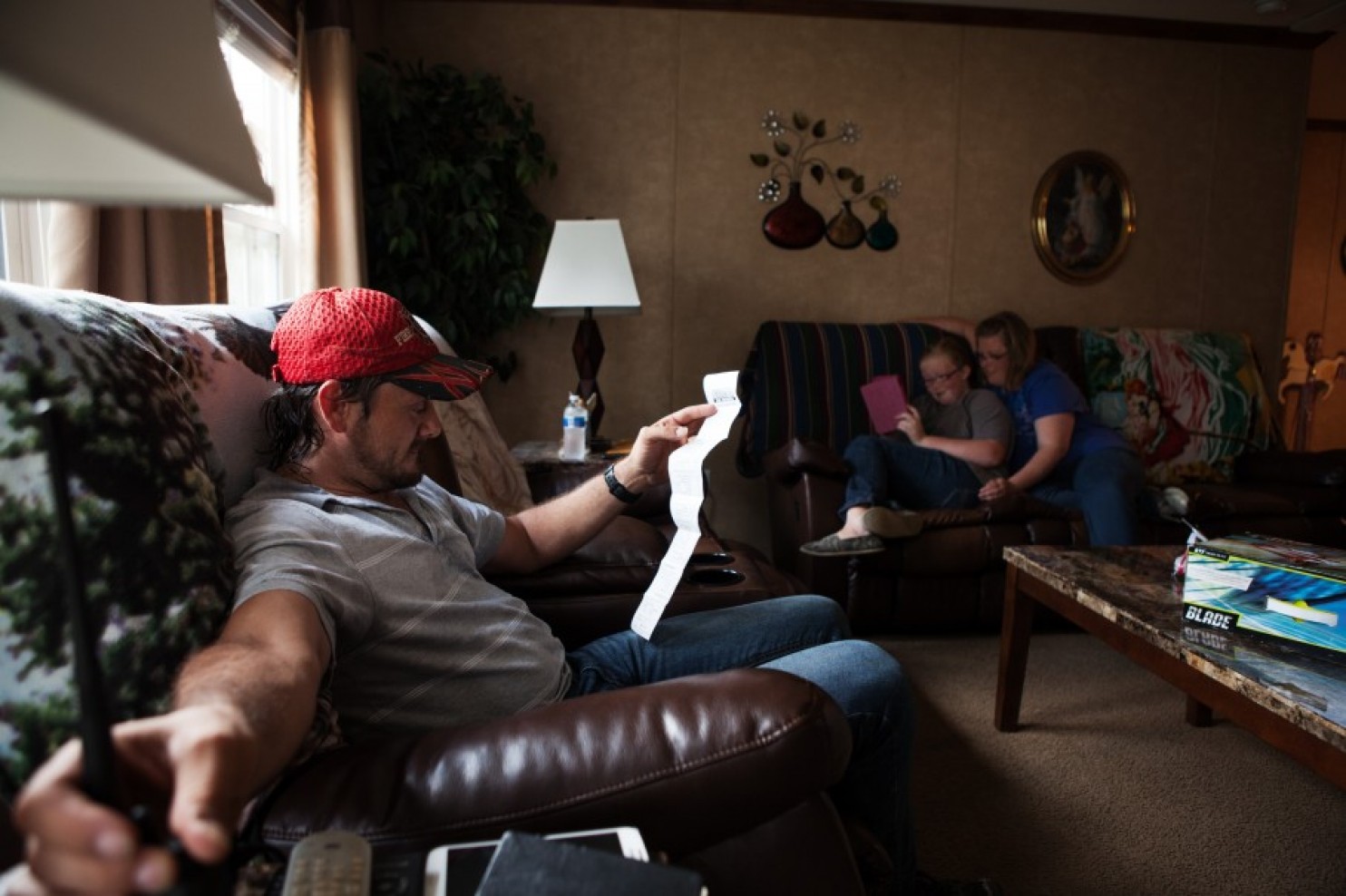 "The poor today can shop online, paying in installments, or walk into traditional retailers such as Kmart that now offer in-store leasing," Harlan writes. "The most striking change in the world of low-income commerce has been the proliferation of rent-to-own stores such as Buddy’s Home Furnishings, which has been opening a new store every week, largely in the South." (Post photo by Bob Miller: Donald Abbott looks over a receipt from Buddy’s Home Furnishings. Abbott bought a sofa set for about $1,500 that will end up costing $4,158 through weekly payments)

"In some ways, the business harkens back to the subprime boom of the early 2000s, when lenders handed out loans to low-income borrowers with little credit history," Harlan writes. "But while people in those days were charged perhaps an interest rate of 5 to 10 percent, at rental centers the poor find themselves paying effective annual interest rates of more than 100 percent. With business models such as 'rent-to-own,' in which transactions are categorized as leases, stores like Buddy’s can avoid state usury laws and other regulations."

And few people can afford the high interest rates, Harlan writes. "At the Buddy’s in Cullman, (Ala.), some 75 percent of items are returned or repossessed within weeks of the transaction, store manager Angela Shutt says. And nationally, the percentage of returns has been gradually ticking upward—a sign of growing struggles for lower-income workers, said Joe Gazzo, the president of Buddy’s." Gazzo told Harlan, “I’ve never seen a customer base or an economy like this. You may have five people open an account in a day, but five people return in a day. You almost become like a Blockbuster.”

Buddy's—which has grown from 80 stores in 2008 to 204 in 2014 to expectations of 500 by 2017—and its larger competitors, Aaron’s and Rent-A-Center, "are criticized by some consumer advocates for predatory strategies," Harlan writes. "But those in the industry say they offer a legitimate service to an easy-to-overlook customer base. Customers who can’t make the payments face no penalty; because they start out as renters, not owners, they don’t face debts or credit damage if they make a return." (Read more)
Written by Tim Mandell Posted at 10/17/2014 01:04:00 PM