South, Northeast have the most income inequality, study by real estate company says

Income inequality between male and female workers is most prevalent in the South and Northeast, says a study by Movoto Real Estate, Laura Allen reports for the organization's blog. Louisiana, Alabama and Mississippi have the most inequality, while South Dakota, Vermont and Nevada have the most equality.

The results were calculated by comparing median income between men and women, the percent of earning households compared to non-earning households, annual income greater than $100,000 versus annual income less than $25,000 and by using a state income Gini index, which measures inequality, Allen writes. From there, states were ranked from one to 50.

After Louisiana, Alabama and Mississippi, the states with the most inequality are Connecticut, West Virginia, Massachusetts, Kentucky, Pennsylvania, New Jersey, Michigan and Rhode Island. After
South Dakota, Vermont and Nevada the states with the most equality are Nebraska, Utah, Iowa, Hawaii, Wisconsin, Wyoming, Minnesota and Maryland. (Read more) (Movoto map: To see an interactive version click here) 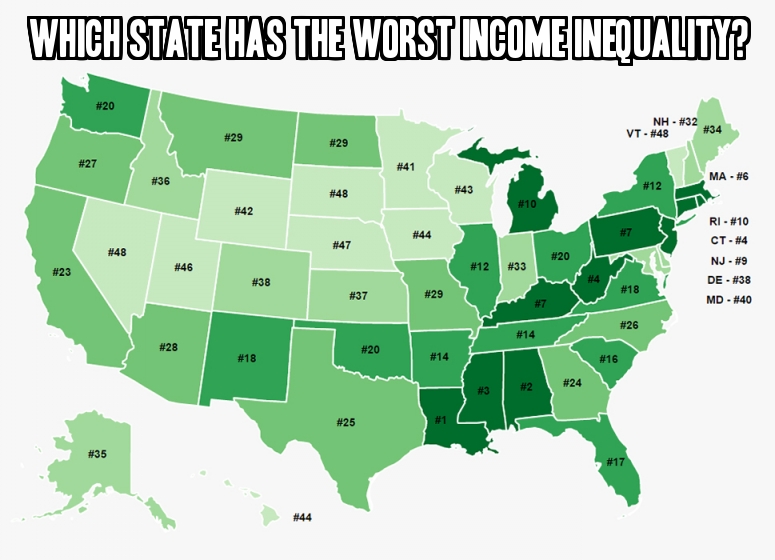