While the average age of farmers rose from 51 to 58 in the last three decades, a new, young breed of environmentally aware, city-bred, college educated farmers is emerging, Fred Gebhart reports for Healthline. Zach Wolf, a 30-something farmer in New York, told him, "Young farmers today are environmentally aware and socially active. Sustainability isn’t an ideal; it is a life they want to live and to help others live.”

Where did this new breed of farmer come from? "Many observers trace this trend back to the 2007 book The Omnivore’s Dilemma," Gebhart writes. "Author Michael Pollan traced the origins of four meals: a McDonald’s lunch, a dinner from Whole Foods market, another using ingredients from a small Virginia farm and a feast of items he foraged and hunted. The book was a wake-up call to the problems associated with Big Agriculture, including reliance on petroleum, environmental and biologic degradation, obesity, poor nutrition and bland, boring food." 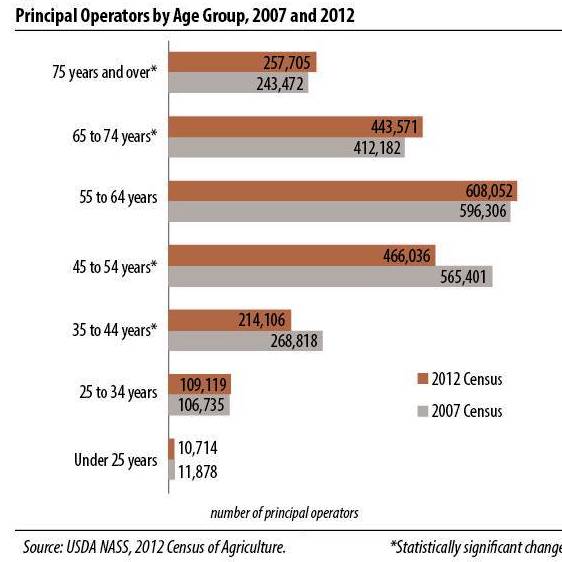 More young farmers has led to more organic farming, Gebhart writes. "Organic sales surged 11.5 percent in 2013, hitting a record $35 billion, according to the Organic Trade Association. Most families—81 percent—choose organic food at least some of the time."

"The new generation of farmers has grown up in an era that values personal integrity and involvement," Gebhart writes. "Environmental issues are key because an unhealthy environment makes for unhealthy people. Climate change isn’t a debate; it’s a global problem that needs local change. Technology can improve almost anything, and collaboration is a way of life."

Wolf told him, “Young farmers bring a whole new mindset to traditional difficulties. Almost all of us are college-educated, which creates a different attitude toward learning and solving problems. Most of us didn’t come from farming families, so we had to learn through apprentice programs or some kind of hands-on training.” (Read more)
Written by Tim Mandell Posted at 1/15/2015 04:36:00 PM