Overworking is bad for health and productivity and leads to missed time with family, studies say

Many American workers put in long hours and plenty of overtime—especially in rural areas where jobs in areas such as factories or health care often require employees to work more than eight hours in one day and more than 40 hours in a week. While the extra hours mean more money, being overworked can lead to health problems, poorer work performance and missing out on family events, according to recent studies, Christopher Ingraham reports for The Washington Post. 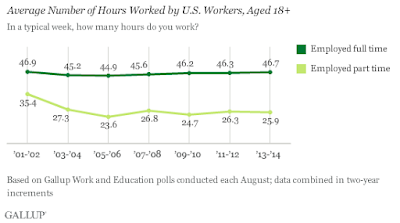 The effects of overworking on health are dramatic, even just 9 hours in one day, with a 2004 Centers for Disease Control and Prevention analysis saying "overtime was associated with poorer perceived general health, increased injury rates, more illnesses or increased mortality," Ingraham writes.

Productivity also suffers, with a 2014 Stanford study saying that "after about 55 hours of work in one week, productivity gains halt completely," Ingraham writes. "Any work you could do in 70 hours—or 100—you could also get done in 55."