Rural schools account for 51% of the enrollment in U.S. schools that use corporal punishment 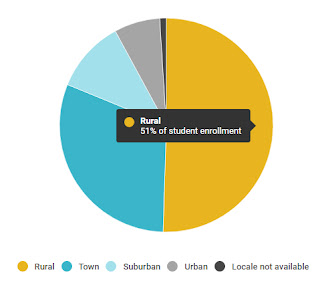 Students eligible for school-meal programs because of their families' low incomes are more likely to attend schools that allow corporal punishment, Sparks and Harwin report. "Texas, Alabama, Mississippi, Arkansas, Georgia, Tennessee, and Oklahoma physically disciplined the most students in 2013-14—though the practice continues to be the most widespread in Mississippi, where more than half of students attend schools that use paddling and other physical discipline. But students were physically punished even in a few states that prohibit the practice." 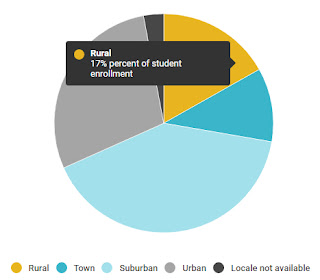 "Corporal punishment is often seen by proponents as a good alternative to suspending students," Sparks and Harwin write. "But in a field that requires specialized certification for all manner of programs and subjects, corporal punishment stands out for the virtual nonexistence of training or detailed procedures on how to paddle children of different sizes, ages, or psychological profiles. And in the absence of such training or guidance, the practice can leave students more vulnerable to injury and districts at greater risk of expensive lawsuits." (Read more)
Written by Tim Mandell Posted at 8/29/2016 12:12:00 PM