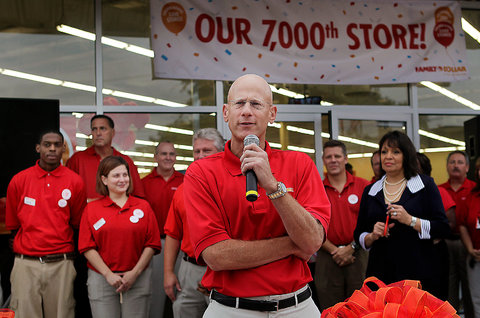 "The move sets up a potentially bruising battle for control of one of the country’s biggest dollar discount stores, as retailers seek to cater to America’s working poor," de la Merced writes. "Raising antitrust as an issue—as opposed to simply objecting to the price—suggests that the target company plans to resist, since that defense could hurt any combination of the two down the road."

"Family Dollar acknowledged that it had held talks with Dollar General several times over the last year and a half. During that time, its advisers were studying—and becoming more convinced—that a union would not pass regulatory muster," de la Merced writes. "Compounding matters, Dollar General declined to attend a meeting in June to discuss antitrust issues."

"By the time the two sides met again, on June 19, Dollar General expressed no interest in pursuing a deal," de la Merced writes. "And Family Dollar had by then signed a nondisclosure agreement with Dollar Tree that prevented any mention of their deal talks." (Read more)
Written by Tim Mandell Posted at 8/21/2014 02:22:00 PM