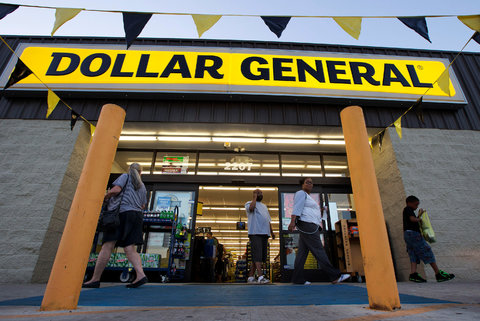 "Dollar General’s proposal would create the nation’s largest discount variety retailer, Ely Portillo reports for the Charlotte Observer. "Dollar General is No. 1 in the category, trailed by Family Dollar. The combined company would have almost 20,000 stores, $28 billion in revenue and more than 160,000 employees." Family Dollar has about 8,100 stores nationwide. Dollar Tree has around 5,000 stores.

Rick Dreiling, CEO of Tennessee-based Dollar General, "told investors that his company’s offer is a better deal for Family Dollar’s shareholders both because it has a higher price and doesn’t include stock," Portillo writes. "Dollar Tree’s cash-and-stock deal includes $59.60 a share in cash and $14.90 worth of Dollar Tree stock for each share of Family Dollar." (Read more)
Written by Tim Mandell Posted at 8/18/2014 11:22:00 AM