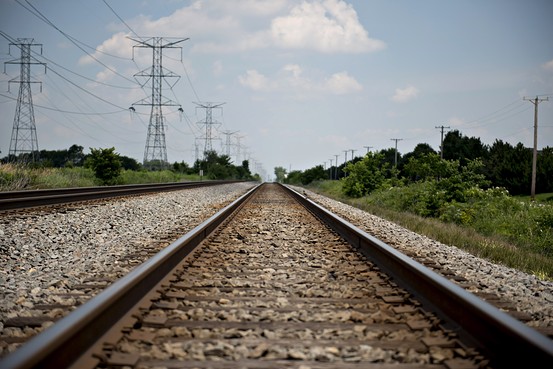 Federal regulators want answers from railroad operators about why the transportation of grain crops in the upper Midwest has been delayed, Jacob Bunge reports for The Wall Street Journal. "The U.S. Surface Transportation Board issued a notice late on Monday directing executives of BNSF Railway and Canadian Pacific Railway to appear at a Sept. 4 hearing to discuss the delays. The board also chastised Canadian Pacific over a 'sizable backlog' on its system." (Bloomberg News photo)

Delays have been blamed on increased competition from oil and coal shipments, a bumper grain crop, an improved economy that is jacking up the amount of consumer goods and a bad winter. As a result, prices have significantly decreased, and many farmers have put crops in storage rather than sell at reduced prices.

Dan Wogsland, executive director of the North Dakota Grain Growers Association, "estimated that 35 million bushels of North Dakota's hard red spring wheat—or about 15 percent of last year's crop—remains in storage on farms and in grain elevators across the state," Bunge writes. "Lisa Richardson, executive director of the South Dakota Corn Growers Association, said higher costs for grain companies to secure railcars have contributed to lower prices paid to farmers for the grain. Farmers currently are being offered around $3 a bushel for their corn, a 70- to 80-cent discount to Chicago futures prices. Typically, the discount is 30 cents, she said." (Read more)

In Minnesota, a report by researchers at the University of Minnesota said 330 million bushels of corn remaining in on-farm storage bins across Minnesota as of June 1 was worth $122 million less because of rail bottlenecks," Steve Karnowski reports for The Associated Press. "It said the remaining 9.2 million bushels of hard red spring wheat stored at farms was worth $1.7 million less." (Read more)
Written by Tim Mandell Posted at 8/20/2014 01:46:00 PM