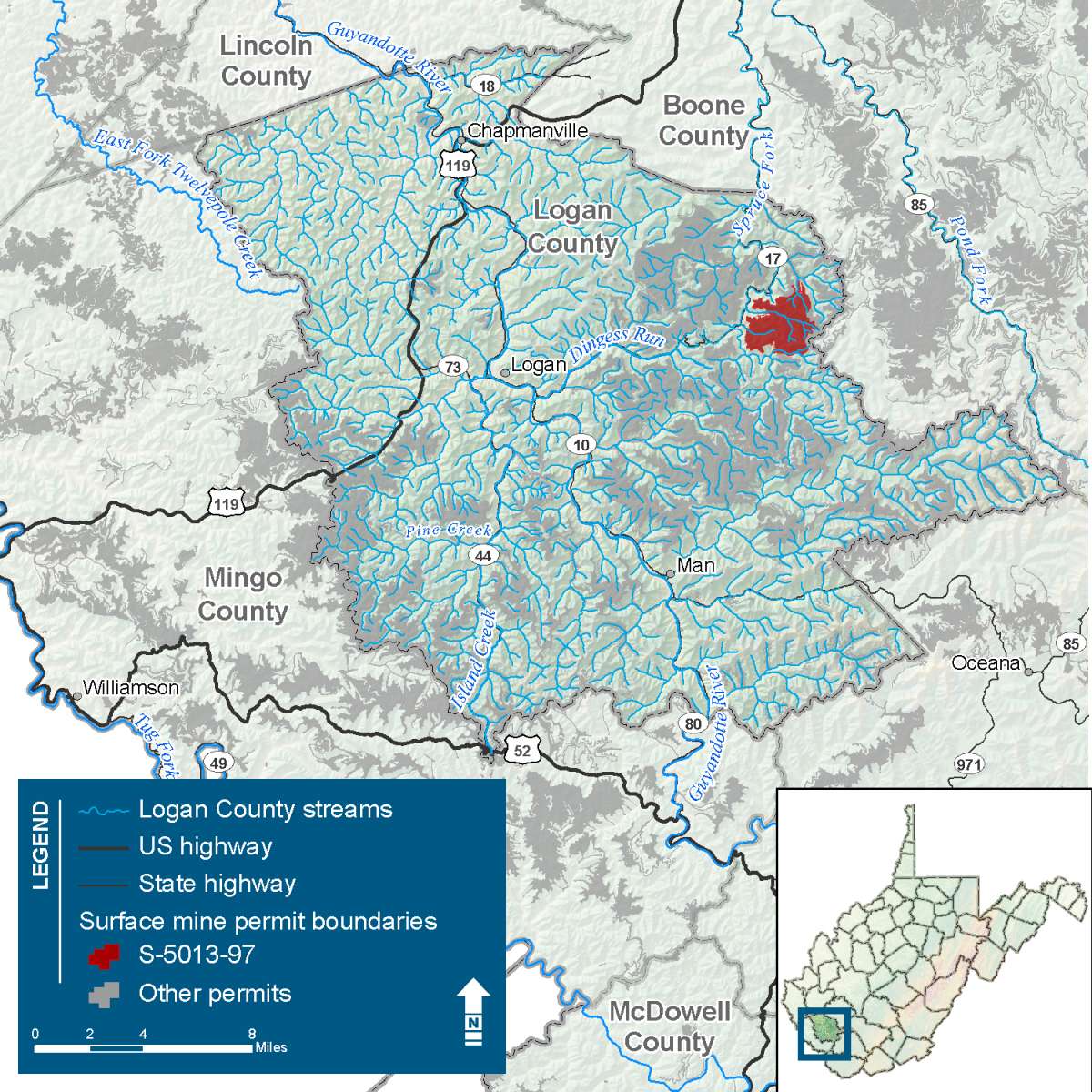 Score another victory for the Environmental Protection Agency in the battle over Arch Coal’s Spruce No. 1 Mine in West Virginia that could be the largest mountaintop-removal coal mine to date. (Rainforest Action Network map: Spruce No. 1 Mine is in red)

U.S. District Judge Amy Berman Jackson concluded on Tuesday that the agency’s veto of a Clean Water Act permit "was 'reasonable, supported by the record and based on considerations within EPA’s purview,'" Ken Ward reports for the Charleston Gazette. "In a 50-page opinion, the judge ruled with EPA on the merits of the agency’s January 2011 decision to use its water pollution oversight authority to rescind a permit that had been previously issued to Arch Coal by the federal Army Corps of Engineers."

In 2007 Arch Coal received a permit from the Army Corps of Engineers to discharge material at nearby streams and tributaries," Brent Kendall reports for The Wall Street Journal. In 2009, after the Obama administration began, newly appointed EPA officials began efforts to modify or suspend the permit, "saying new information showed that dumping mining waste would impose unacceptable harms on water quality and wildlife." EPA's efforts prohibited Arch Coal's Mingo Logan subsidiary in 2011 "from discharging material into two of the streams that had previously been approved as disposal areas." In April an appeals court reversed a federal judge's decision, ruling that EPA legally rejected the permit. The Supreme Court declined to hear an appeal by Arch Coal.